Getting better while getting young; Free Throws are not free; Dominique's Statue; NBA celebrates Holi; and which players need to come back?

Share All sharing options for: Free throws are not free for the young Utah Jazz - The Downbeat #1568

The Utah Jazz have now won 25 games this season, which is very far from the 60 win seasons of the Golden Age so many years ago; but it's a step in the right direction for this young (average age 24 thanks to recent signing) club. Last season, behind the veteran leadership of Richard Jefferson and Marvin Williams, fourth year head coach Tyrone Corbin got this club to 25 wins. Let us compare.

N.B. "Weighted average age" = a more accurate representation of the age. It is based in proportion to how many minutes you play over the season. So for example last season a 33 year old guy named Richard Jefferson (2,213 minutes) has his age count for more than 21 year old Rudy Gobert (434 minutes), and so forth. This team is winning more, while being younger overall, and younger with their core 9 player rotation. This is why being out of the playoffs, and out of a good draft spot means that the Jazz are still moving in the right direction.

Being younger and being better. Who would have thunk it? Well, who besides the smart and attractive people who are members of the SLC Dunk community, I mean. ("Who is going to score [if Big Al Jefferson is gone]?" How about everybody. "Is Alec Burks even going to be in this league after his rookie contract?" The Jazz front office extended him, while letting guys like Josh Howard and Randy Foye leave. "Marvin Williams gives us the best chance to win!" Because Dennis Lindsey included wins in "The Three Ds", right? I don't need to continue spiking the ball, but you can in the comments section if you wish.)

Thank you Quin Snyder and Dennis Lindsey for turning this team around. Thank you so very much!

The Utah Jazz are 11-9 in their last 20 games, and 6-2 since the All-Star break. But more impressive than both -- the team is 8-3 in their last 11 games. The losses have come to the Dallas Mavericks in Dallas, no surprise; but then the Los Angeles Lakers (in Utah); and the Boston Celtics (in Boston). The Jazz lost by a grand total of 4 points in those last two losses. That is impressive when you also see that they lost to the Mavs by just 5. This team has an 11 game win streak if they scored 10+ more total points during this stretch. (In the case of the worst applied maths ever.)

What is the single easiest shot in the game? The free throw. There's no one defending you. You can take about 10 seconds to set your self up. And it's the easiest shot to practice by yourself, a shot that has not changed at all through your entire life playing basketball (15 feet away, aim at the orange thing that's 10 feet high).

The Jazz ARE getting to the free throw line more frequently now, that's the first step. In their two games in October they got to the line 17.0 times a game, and after three in March they are up to 27.0 FTA. While it has not been a linear rise over time, the team has moved up as the season as gone on. Looking just at pre-All Star, and post-All Star the Jazz went from 22.8 FTA/game to 24.9 FTA/game. Getting to the line is important because it gives you that "easiest shot in the game" chance; while also hurting the other team that is playing defense. (The have to be less aggressive.)

The second step, mind you, is actually making this easiest shot in the game. With the same splits (pre- and post- All-Star) the team went from approximately making 73.246% of their freebies to making just 70.653% of them. The actual raw average improvement is making +0.9 more free throws a game, despite taking +2.1 more free throws attempted.

That's not so hot.

Who are the "culprits"? Well, basically every player who has actually gotten playing time this year who isn't named Gordon Hayward. G-Time is shooting 81.2% from the line. It's not perfect, but we shouldn't expect him to be perfect. John Stockton shot 82.6% for his career, and no one suggested that he wasn't clutch enough. Getting Hayward to 85% would be great because he shoots 6 freebies a game. But let's not be greedy. Alec Burks gets to the line 5 times a game, and is shooting 82.2% from there, so I guess he gets a pass as well.

Derrick Favors and Rudy Gobert are easy to pick on here because they visibly get fouled a lot and get to the line (4.5 and 2.8 FTA per game respectively). And they also both shoot under 70.0%. That's acceptable for the 1980's, but we're in a post Yao Ming (career 83.3%, which is higher than Stockton, while getting to the line a lot more frequently) NBA. Bigmen like Chris Bosh (and others) are almost flawless from the free throw line despite being big, athletic, defenders. Not everyone is a Yao or a Bosh. But Rudy has a natural looking stroke and appears like he can improve. Favors should as well. Yeah, Enes Kanter and his 78.8% was great, but he's not here anymore.

While it's easy to pick on the bigmen (Trevor Booker's FT% is . . . is not good at all), I'm actually going to point some fingers at the guards.

Trey Burke shot 90.3% from the line last year. This year he's shooting only 78.0%. Perhaps the expectations from his rookie year were too high (career NCAA shooter of 77.7%), but as a pro who is an offensive first guard who isn't super athletic, you have to be precise. Trey needs to shoot better. He doesn't get to the line a lot, but when he does get there I do want him to approach perfection from there. For the season 85/109 isn't bad looking. But I have high expectations for a dude who shoots 90% as a rookie.

Wow, I can't believe I wrote so much about free throws, this should have been a separate post. Maybe I will re-purpose some of the basic stats here and make a full post on this on Sunday or Monday . . . .

Former Utah Jazz great*, who also had some success on some other teams like the Boston Celtics and San Antonio Spurs (and the Atlanta Hawks), Dominique Wilkins finally got his statue.

Here's a cool sight: @DWilkins21 and his entire family in front of the statue. #TrueLegend pic.twitter.com/RPRmBqwjxU

Yes. That is "formal wear" Karl Malone standing behind admiring the statue.
I love how these two guys are buds in real life (and their wives are buds too).
They would have been great teammates back in the 80s.

He deserves it, for sure. Also, in NBA 2K15 there is a new MyTeam Challenge (which makes no sense) where if you succeed you get a Sapphire gem version of Nique. The challenge is to beat the Cleveland Cavaliers with 12 minute quarters, there are no player restrictions. Easiest challenge ever. Also it has nothing to do with Wilkins at all, as far as I can tell.

The new 'Nique is superior to his normal (Gold version) or his Ruby gem (high scorer version). The main differences are that he is quicker, faster, has a better passing IQ, a better shot IQ . . . and goes up from 68 in three point shooting to 82. Making a 93 over-all player a 94 over-all player isn't a big deal. But I guess lots of players complained about his three point shoot being (a) accurate to who he was as a player, and (b) not competitive enough compared to today's small forwards. Dumb. But I'm not going to bite the hand that feeds me.

Anyway, Congrats Dominique! You were, at your peak, one of the best ever Small Forwards! Also, it's clear that the Hawks didn't cheap out on actually MAKING the statue. It looks awesome. It's exciting. It is more interesting looking than a one handed bounce pass, or a layup. But that's just me being #miserable.

Yesterday was Holi (aka. The Festival of Colors), a festival celebrated in South Asia. South Asia is the new absolute target for the NBA right now, and they've been putting the Full Court press on India specifically for a while (Kyle Korver and Dominique have been there a few times now). They put out this image . . . which is . . . I actually don't know how I feel about it.

Should the NBA continue to globalize? Is this about making money, or expanding the sport of basketball? As for Holi itself, it's another part of explicitly Hindu culture that is being absorbed into the greater global culture, like people practicing yoga, or using a zero base 10 numbering system. I don't know what LeBron James has to do with the destruction of the evil demon king Hiranyakashipu (and his sister) myself, but I'll roll with it I guess. Even within the South Asian diaspora it's now more a fun festival and less of an actual historical-ish celebration from the ancient times.

What up T-shirt reference

I guess I shouldn't be mad unless there's like a "Scientology Night" or something at NBA arenas. Or maybe I just shouldn't be mad at all, more and more people from all over this planet are falling in love with the game I love. If the NBA makes some extra money by getting a TV deal with Indian Sports stations I'm not going to be upset. I remember how hard it was to follow the NBA back when I was last living there (early 2000s).

While this beat doesn't have much to do with the Utah Jazz, I still felt the need to talk about it. Thanks for bearing with me and my clearly fabulous, colorful culture. 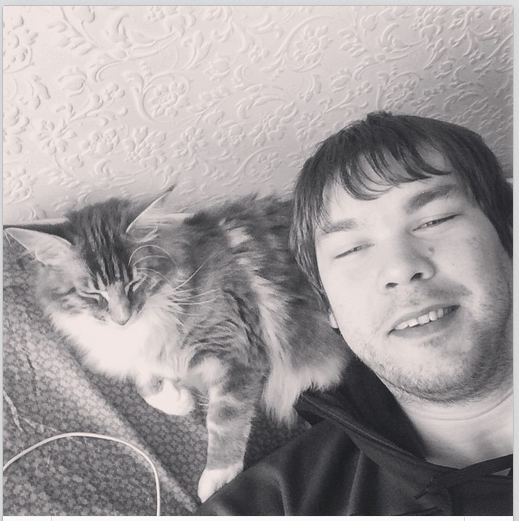 The Jazz either hold the rights to some of these players, had signed these players, traded for them, or still currently have them on the roster. Which FOUR do you absolutely want to see in training camp with Utah next season?

They don't have to be one from each category. Just pick four. (I am automatically assuming a guy like Jeremy Evans will be on most peoples' lists anyway.)