NBA Playoffs heads into the 2nd round, as does Chris Paul for only the fourth time of his media-hype driven career, will Deron Williams kill another coach, or will the coach get him first; Utah Jazz free agency; Steve Novak style and more!

The First Round of the NBA Playoffs have finally concluded. Some would say that they concluded in exciting fashion, the Los Angeles Clippers (3) staved off the San Antonio Spurs (6) in seven games to advance to the second round. The Clippers will be the road team going up against the Houston Rockets (2). On the other side of the West bracket the Golden State Warriors (1) will host the Memphis Grizzlies (5). Out East we have the Atlanta Hawks (1) hosting the Washington Wizards (5), while the Cleveland Cavaliers (2) will tangle with the Chicago Bulls (3).

Of course, Chris Paul made a key shot in the waning seconds to put his club ahead, and advance them to the next round. Tommy Dee wrote on April 29th that we were still waiting on Chris Paul's Iconic moment. That's worth the click through to see the breakdown of CP3 against the achievements of our Utah Jazz legend John Stockton. This morning SB nation's Tom Ziller suggests that Chris Paul's shot last night was a signature moment, and that verily, Chris Paul's legend is finally born. I'm not buying it. In my opinion CP3's legend is world known at this point, he's a whiny little player who talks to the ref more in one half than Stockton had his entire career. He flops, and throws tantrums, and rarely does anything important after the 82 game odometer passes on the season.

Dee shows the stats, and Ziller shows the hype. But at the end of the argument Chris Paul, for all his awards and hype, has now gotten out of the first round of the playoffs for just the fourth time of his career. In fact if you want to go there, and I do, he is 4/10 in playoff series in his career. He'll be 30 years old in three days. At least it's no longer one playoff advancement per decade for him anymore. (We make fun of Deron Williams ' fall just like everyone else, but he has won five playoff series over his career, but his 5/12 playoff mark isn't that much better than CP3's is.)

By the age of 30, Stockton played in 15 Western Playoff rounds. With Paul advancing, he will now play in his 11th. I think being a winner matters more than being a whiner. Paul has never gotten out of the 2nd round. During one stretch of his career, Stockton led his team to five Western Conference Finals (or better) over the span of seven Seasons.

This season is so topsy-turvy that now I will be rooting for the Houston Rockets in the next round -- and they are my life enemies.

Not because I think this comparison is fair or valid for both players anymore, but Brooklyn Nets point guard Deron Williams is not a franchise player according to head coach Lionel Hollins.From our sister site Nets Daily:

Deron Williams talked post-game Friday but wasn't available Saturday., but Holllins had something to say about him.

In Williams' 4.5 seasons with the Nets, he's had four different coaches with a different roster almost every year. After his disappointing first round series against the Hawks, Wiliams discussed how he's glad to see some consistency with personnel for the upcoming season.

"I don't think Lionel is going anywhere," Williams said after his 13-point, four turnover night in the Game 6 rout from the Hawks. "That's definitely reassuring. You never know what's going to happen in the offseason. It's good to know you're going to have the same coach, and if we keep most of our guys we'll have something to build on for once. We've had the same core, but semi-been healthy and played together under the same system. Hopefully we can build on things."

Deron Williams and the Nets have made it to the playoffs all three seasons in Brooklyn, but have failed to make it past the second round, despite owning the most expensive team in the NBA all three seasons - with four different head coaches.

Of course, that quote happened hours before the Hollins one. If Chris Paul has the negative reputation of being a flopper and whiner, then Deron Williams has one of being a coach killer. No matter what, it's going to be a exciting off-season for the Nets as Brook Lopez (Player's Option), Thaddeus Young (Early Termination Option), Mirza Teletovic (Restricted Free Agent), Jerome Jordan (RFA), and playoff hero Alan Anderson (PO) could all be gone.

And surely, the Clippers franchise isn't all that stable either. Yes, they do have a non-slumlord team owner anymore -- but bench glue guys could all be gone in a few days: Hedo Turkoglu, Glen Davis, Dahntay Jones, Austin Rivers, and Ekpe Udoh . . . I think I'm forgetting someone . . . oh yeah, all of those guys and starting center DeAndre Jordan are all Unrestricted Free Agents.

Perhaps the greatest benefit guys like Isiah Thomas and John Stockton enjoyed back in their era of non-charter flights and post game ice baths was a level of stability and continuity from season to season. Both only played for one franchise. Both played with many of their teammates season to season. Both played the majority of their careers for just one head coach. I had never previously looked at the eras like that before. It's an interesting new wrinkle.

All the best for the young guy, I personally feel like he has a ton of upside and it's pretty clear that he was a fan favorite. Will Dennis Linsey (the Utah Jazz GM) re-sign him this July? I don't know, I haven't heard anything from his camp; however, I think he deserves another training camp invite. As for this summer, well, I do think he is too young for Vegas...

Yesterday was a pretty big sports day. There was the Game 7 of the first round in the NBA Playoffs. Probably some baseball (it's just too early in the season for me to care). There was some pugilism, which isn't a concept that is at all related to the popular dog breed. 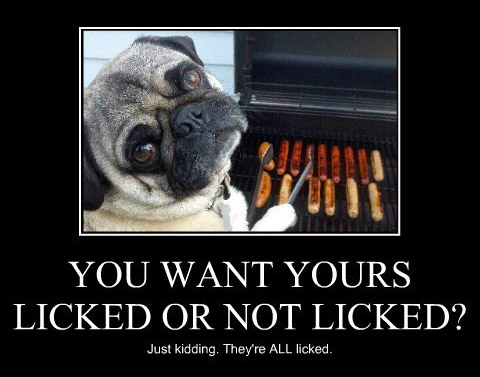 The Jazz player feed during the boxing match was actually pretty entertaining. Also, there was also the 2015 Kentucky Derby yesterday. Which is something crazy when you think about it on the biological level -- one species riding on another species for entertainment. And people dress up for it. People like Steve Novak , apparently.

Yes, can you tell that it's the off-season?

Part of the reason why many of us Utah Jazz fans lingered onto the hopeful idea of Ante Tomic was because he wasn't horrible at basketball. Those, with the recent free agent addition of Trevor Booker, used to be the only types of guys willing to sign here. If you look down the list of bigmen available this off-season you get a really interesting list. You have the old guys like Kevin Garnett, Tim Duncan, Kenyon Martin, Nazr Mohammed (former Jazz draft pick), Elton brand, Luis Scola, Reggie Evans, and Matt Bonner. You have guys who are over the hill but still want to get paid like David West (Player's option), Carlos Boozer, Drew Gooden, Earl Barron, and Amar'e Stoudemire. You have a bunch of deep bench guys who bring 6 fouls to the table in Chuck Hayes, Jason Maxiell, Ronny Turiaf, Louis Amundson, Joel Anthony, Kendrick Perkins, and Ryan Hollins.

There are a lot of bad bigmen looking for work. Getting one maintains the obvious pecking order of Derrick Favors and Rudy Gobert over everyone else. But I think the team is better off with internal development (if one of our guys can stretch the floor) than trying to monkey-wrench in one of the available free agent bigs.