Chinese NBA fans and netizens, you’re dragging the most down-to-earth guy in the NBA, Donovan Mitchell

It now appears that Donovan Mitchell-China controversy was all manufactured.

Share All sharing options for: Chinese NBA fans and netizens, you’re dragging the most down-to-earth guy in the NBA, Donovan Mitchell

There’s a good chance this controversy was all a setup. The video identified as the “deleted” IG Story appears to have been a story from Donovan Mitchell’s trip to China last year. The backstory allegedly is the fans were not there for Donovan Mitchell but Tracy McGrady. Last year Donovan Mitchell traveler to China with T-Mac for NBA2KOnline 2. The “fans” waiting for T-Mac were actually businessmen.

There’s some other discrepancies in this video. Donovan Mitchell in the video is not wearing any Spida-themed adidas apparel despite this trip being 100% about his shoes and Spida themed apparel.

There’s another glaring problem with this photo being current. Donovan in the photo has no sideburns. That wouldn’t be a problem if it wasn’t for the fact that on the same day Donovan “allegedly” complained about fans... well ... he had sideburns in every dang photo op. 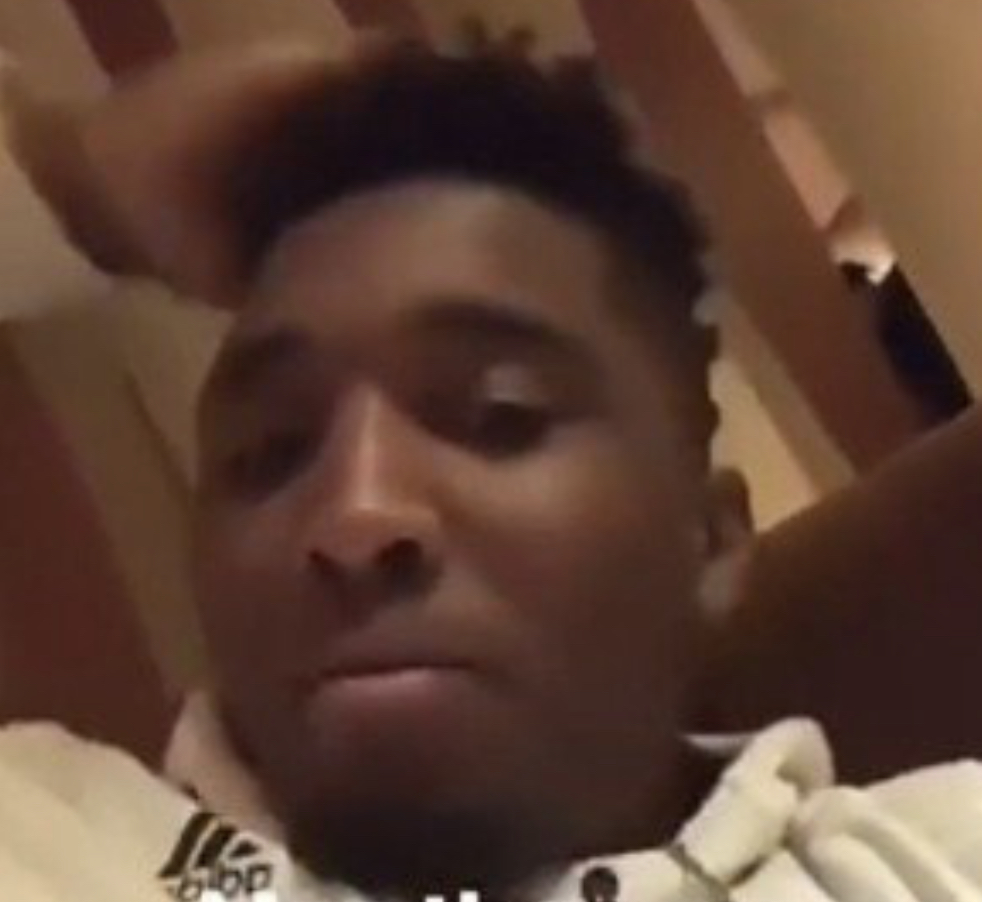 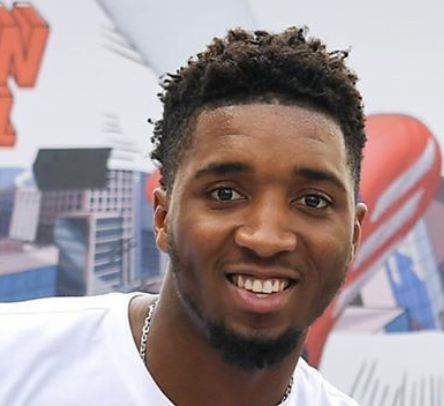 I’m going to go out on a limb here and say this controversy seems manufactured by someone—or some group. What’s terrible is we all fell for it. Hook, line, and sinker. NBA fans in China fell for it. Donovan’s social media channels have been bombarded by hateful—and some offensive—posts by angry Chinese NBA fans who most likely don’t nor won’t hear the full story. Regardless, it appears that Donovan was the target of someone’s smear campaign.

Social media is the worst.

Donovan Mitchell is currently touring around the globe for his adidas signature shoe tour as he promotes the new D.O.N. Issue #1’s. His most recent stop was in China, where he spent some time last summer as the face of the Chinese online version of the game. This time around, he visited the cities of Shanghai and Harbin, where he signed autographs, pulled off some high flying dunks, and spent time amongst the people. While his time in China wrapped up days ago, apparently a “controversy” over him saying fans were “persistent” just heated up last night on Chinese social media.

Here’s what’s at the heart of it from radiichina:

Yet after a post on Mitchell’s Instagram about Chinese fans’ “persistence” when it came to wanting autographs made it to the front page of sports commentary site Hupu, many are now claiming he’s been disrespectful.

Donovan Mitchell's attitude during his commercial trip in China has evoked indignation among Chinese fans. After refusing to sign autograph, the Utah Jazz star uploaded a video in social media saying 'fans just out there chilling' and 'persistent'. Chinese fans felt insulted. pic.twitter.com/PALHCZgyl2

The video shows Mitchell in what seems like a hotel lobby saying, “Man, I’m just out here on this couch. They just out here chillin’”, as he pans the camera around to show a group of Chinese fans a few feet away. “They been out here since, like, in the morning,” he adds.

For fans who are not familiar with the Chinese culture, a critical part of it is the concept of “mianzi (面子)”, or face, where you must avoid losing face or causing the loss of face at all times. Denying fans autographs and then putting them “on blast” publicly on social media is a huge loss of face for all parties, especially when the fans’ assumed intent is positive and supportive. Those of us who know Donovan Mitchell know this is his way of expressing, “Wow, I’m not that big of a deal for people to wait in line for hours.” Donovan Mitchell has consistently felt that he is just a regular guy and has shown his trepidation at being put on a pedestal. We can only speculate about how Donovan was feeling in the moment, but to be publicly offending fans (who are buying your merchandise and supporting your fame) - even appearing to do so - is a serious faux pas in Chinese culture, as seen in the JJ Redick scandal last year.

With that in mind, Donovan Mitchell almost certainly did not post that with that intent, especially as his actual tone and meaning probably didn’t convey across the cultural barrier. We don’t know exactly why he didn’t interact with those fans directly there, but he’s consistently engaged with fans throughout his time in Utah on a level that’s almost unheard of from an internationally famous basketball superstar. For NBA fans in China who are just getting caught up with Spida, let us tell you who Donovan Mitchell really is.

He’s the type of guy who right after being drafted by Utah, moved there and began to go to local sports games like BYU or University of Utah games.

He consistently interacts with fans on social media.

He showed up to random fans BBQ’s on the American holiday 4th of July.

He gives away a pair of shoes every game to young fans as a way of saying thank you.

He started a charity with his mother called SpidaCares that focuses on empowering women.

Right after he left China he did a fan Question and Answer on Twitter while incredibly jetlagged.

He footed the bill for a developmentally disabled man’s broken phone while waiting in line at the Apple Store.

He went out of his way to allow his sister Jordan Mitchell to participate in his dunk contest routine.

I know it’s easy to get hyped up about one social media post that in a vacuum can be seen in poor taste, but the real story is, Donovan Mitchell isn’t that guy. As the idiom goes， actions speak louder than words - 事实胜于雄辩. There’s a reason Donovan Mitchell is considered a man of the people in the random little American state of Utah.